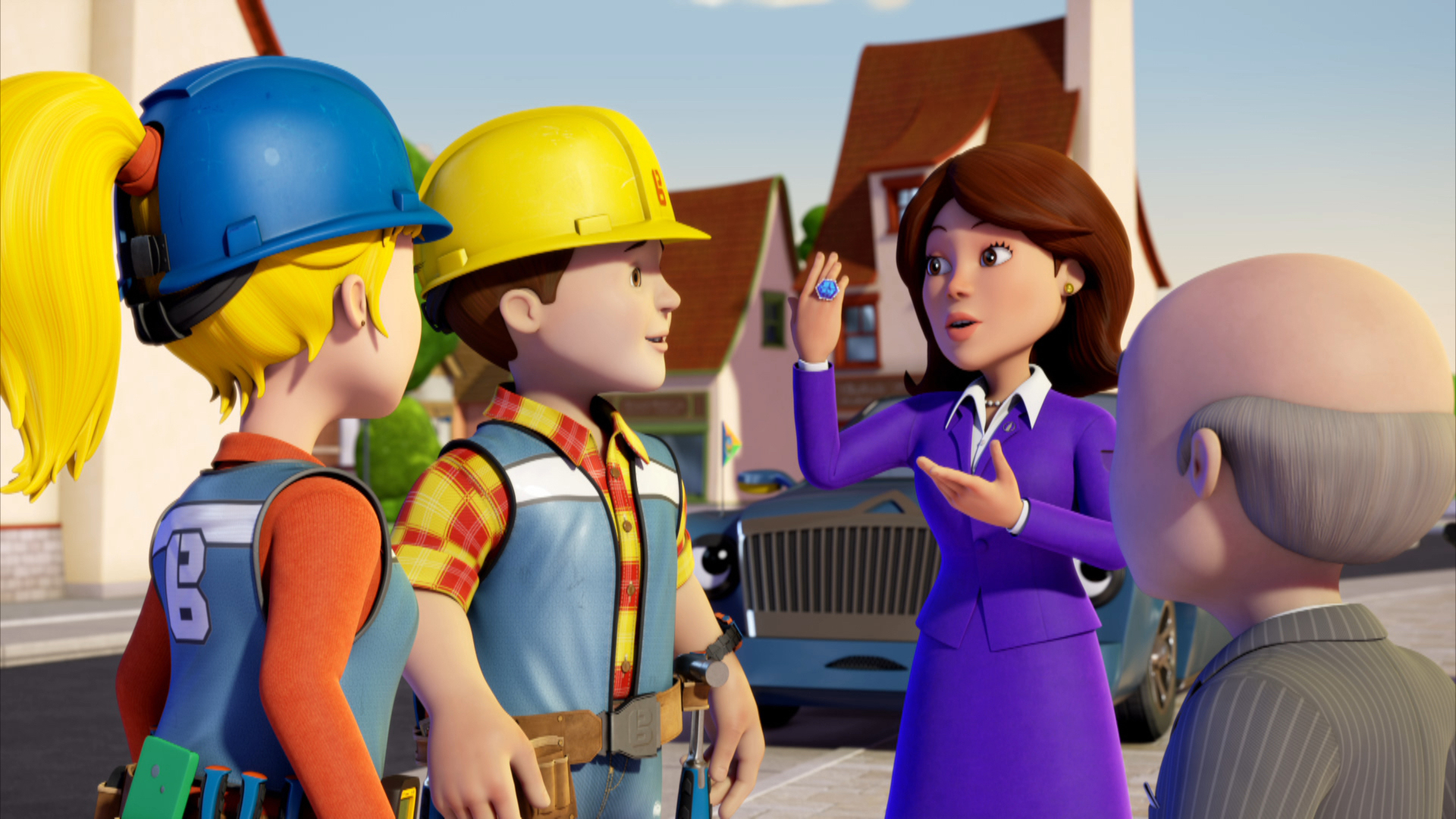 Use the form below to send us your comments. If you are experiencing problems, please describe them.
Player Help | Paramount+ Help
S1 E51 11min  TV-Y
There is a sand sculpture competition taking place on Fixham Beach and Leo is the designated Weather Forecaster for the day; his weather app assures him there is a heat-wave on the way. Mayor Madison is judging the teams (including late entrants Bob and Wendy) but loses a special loaned ring. The partly built sand sculptures are demolished in the search but the ring still isn't found, so Mr Bentley fetches his metal detector and combs the beach while the sculptures are rebuilt. When the skies darken ominously, Leo realises he's been checking the wrong Spring City and that a freak storm is heading for them. Bob summons the other machines to keep a tarpaulin in place over the sculptures while the teams shelter at Chef Tattie's restaurant. Luckily the storm passes quickly and Bob's plan has saved the sculptures. Curtis and Leo win the competition and Leo finds Mayor Madison's missing ring in the drain of the beach's stand pipe. Air Date: Feb 24, 2016
Now Streaming