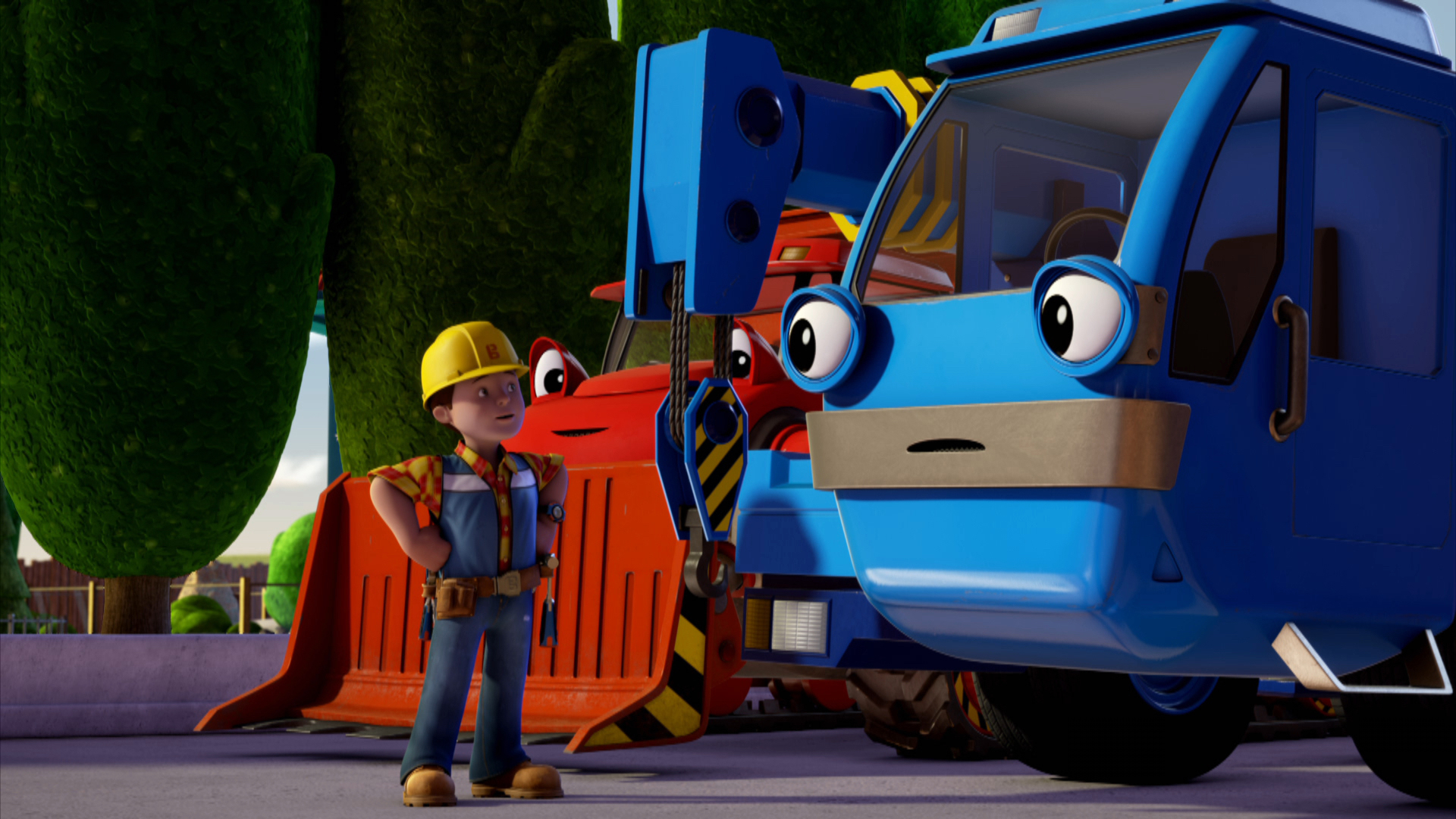 Use the form below to send us your comments. If you are experiencing problems, please describe them.
Player Help | Paramount+ Help
S1 E41 11min  TV-Y
After a solar panel demonstration, Mayor Madison decrees that the Sea Life Center will be entirely powered by renewable energy. Bob and the team must build a wind farm, which excites Scoop - he can't wait to see the 'spinny things' going round. As they begin construction, Mr Bentley arrives and pulls Bob away, enthusing about other renewable energy schemes they have planned. Spring City will need more energy as it grows, so they need to think ahead. Scoop decides he should think ahead like Mr Bentley suggests, and convinces Lofty to move some of the turbines closer together. That way they could fit more into the same space. But when the turbines are tested the blades clash and are damaged beyond repair. Now they don't have enough turbines to power the Center. If only they could use sun-power instead of wind-power thinks Scoop. That's the solution - they mix and match - adding a row of solar panels to complement the remaining wind turbines. Air Date: Dec 3, 2015
Now Streaming