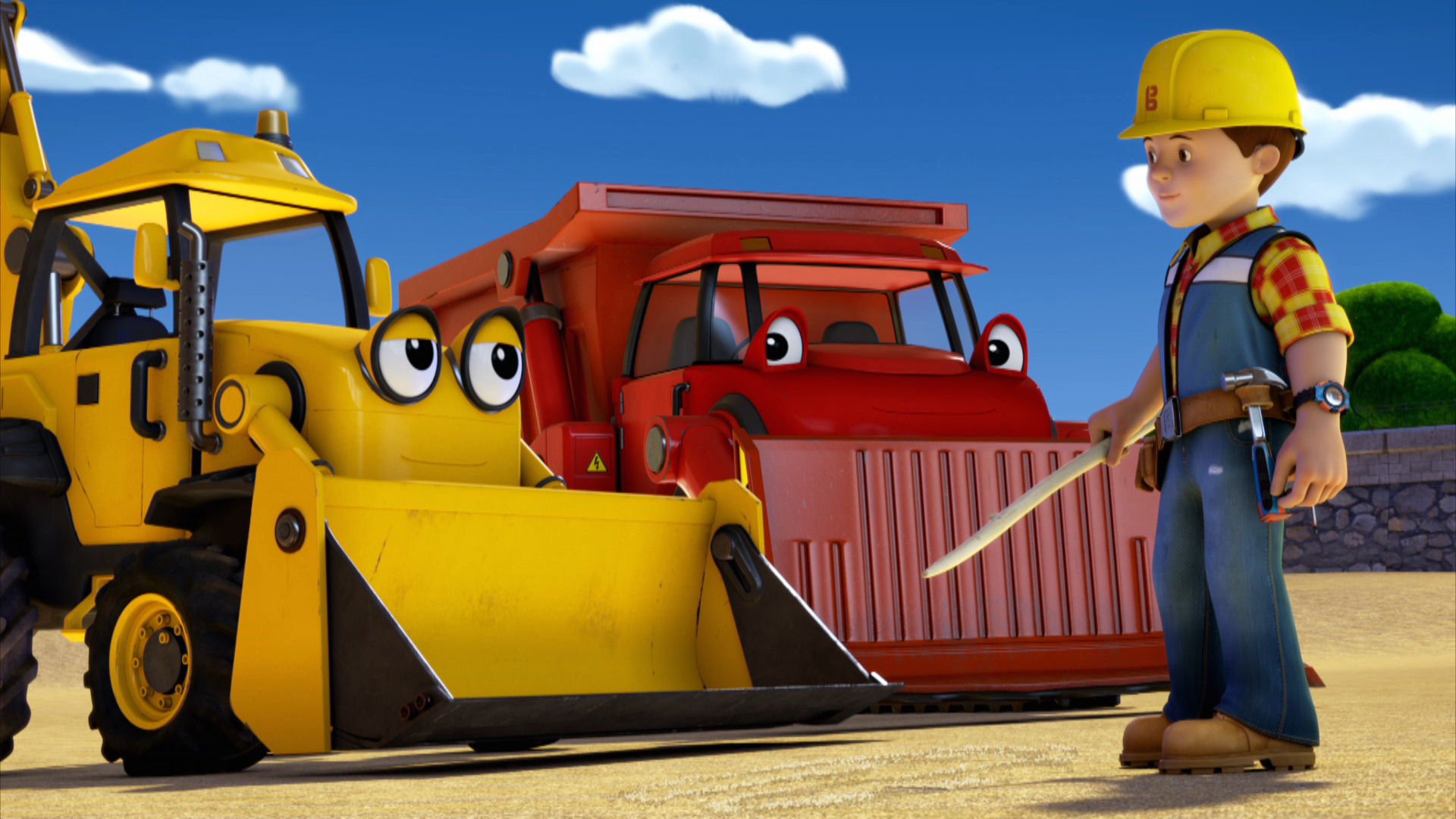 Bob and the Masked Biker

Use the form below to send us your comments. If you are experiencing problems, please describe them.
Player Help | Paramount+ Help
S1 E45 11min  TV-Y
When Skye Sampson asks Bob and Team to create a beach motocross course on Fixham Beach, Bob is so enthused he decides to compete himself. But it's been a while since he's ridden his old bike and he wonders if it will even make it round the course. While Bob and Curtis work on the bike, word gets out that there is a mysterious entrant called the Masked Biker. Scoop and Muck become convinced that the Masked Biker is Leo, hiding his identity to take part even though he isn't old enough to race. The Machines are also desperate to have a race of their own and, after a final check the night before, Bob rushes off to finish working on his bike and Muck and Scoop have an unofficial race that completely destroys the course. To make amends, they work through the night with Bob, Wendy and Leo and everyone is exhausted the next morning. Bob acquits himself admirably in the race but comes second to the Masked Biker, who is finally revealed to be Wendy! Air Date: Feb 17, 2016
Now Streaming