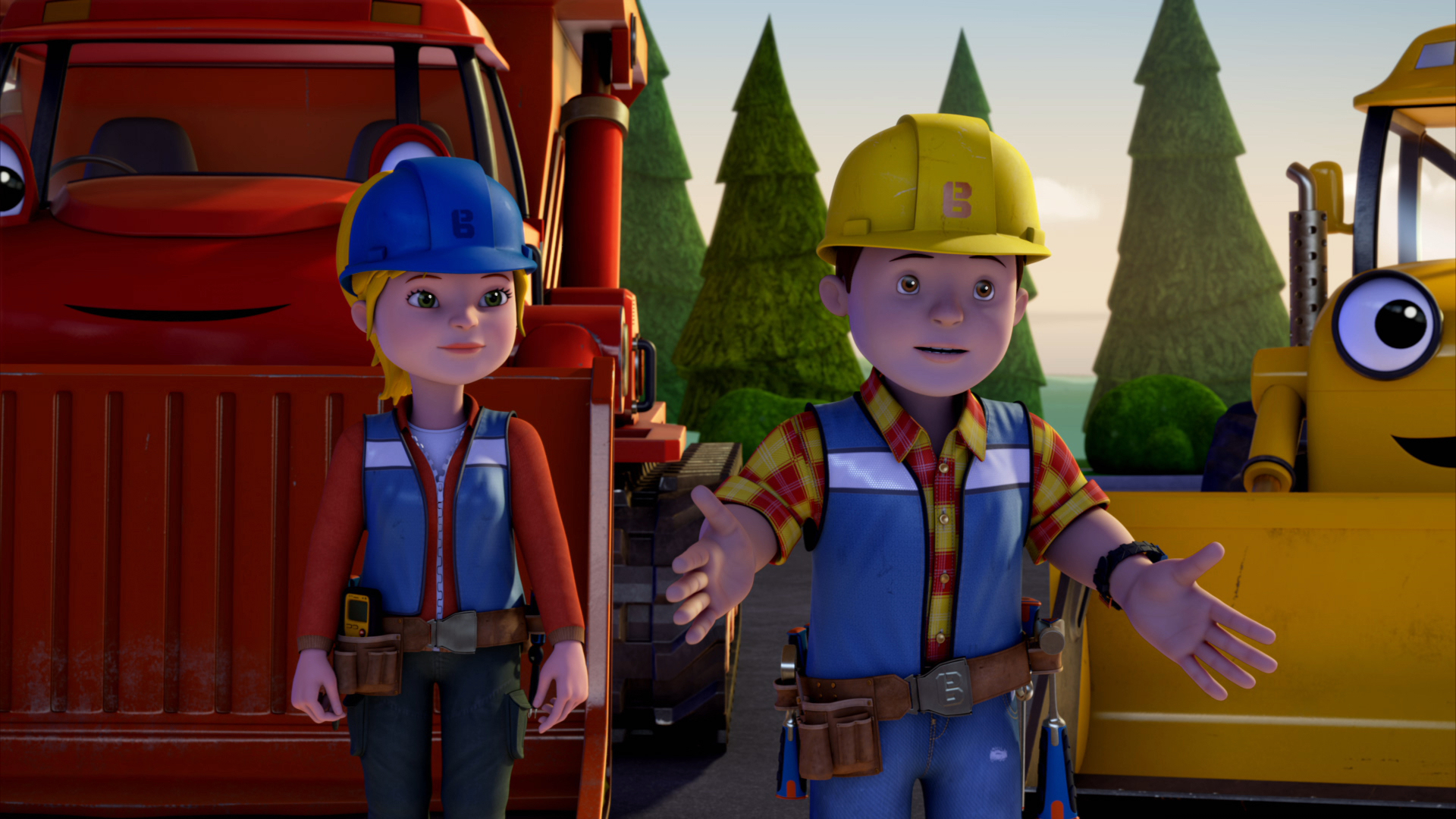 Use the form below to send us your comments. If you are experiencing problems, please describe them.
Player Help | Paramount+ Help
S1 E33 11min  TV-Y
Science and engineering hot shot Mei Moon has designed and built a rocket, named Stella. If successful Stella will become the smallest rocket ever to reach space. The Spring City Rockets have gathered and made a banner to celebrate and Bob's job is to finish building Stella's launch pad near the Observatory. Lofty is given the important task of lifting Stella onto the launch pad. Mei reminds him he has to be very careful, but he becomes flustered and tries to place the rocket before the launch pad is finished. Stella falls off and flops into wet concrete, ejecting her landing parachute, which Lofty accidentally runs over and rips. Now the launch is ruined. The team clean the concrete splattered rocket by using the machine wash back at the yard, but they still have the problem of the ripped parachute. Lofty notices the Spring City Rockets' banner, and has the idea of using part of it to patch and repair the parachute. Air Date: Nov 24, 2015
Now Streaming