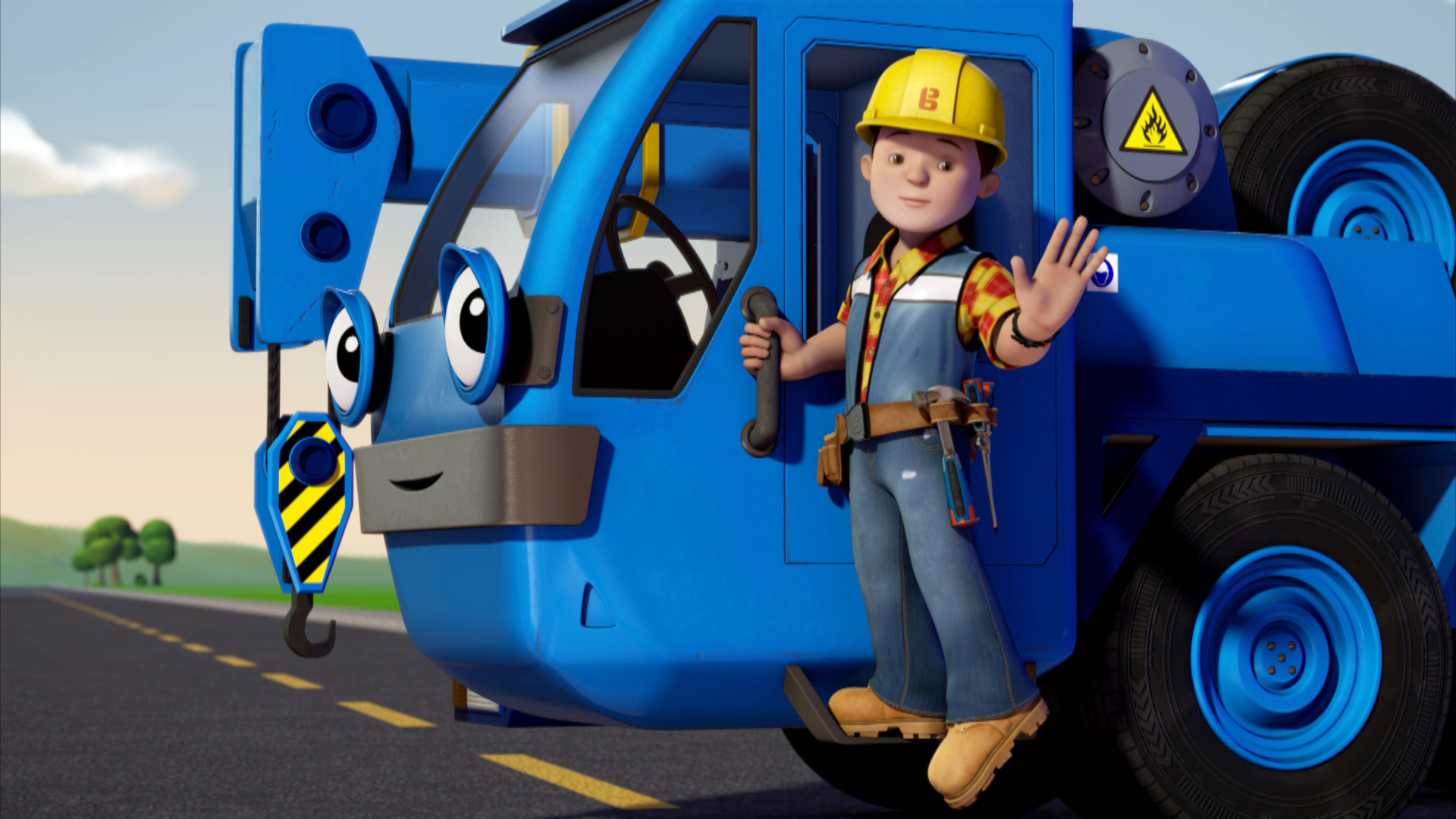 Use the form below to send us your comments. If you are experiencing problems, please describe them.
Player Help | Paramount+ Help
S1 E40 11min  TV-Y
Leo is late as he's overslept thanks to staying up late playing a fishing game on his phone. Bob, Lofty, Leo and Wendy are installing a satellite dish and at the Spring City News HQ located at the docks. The dish has to be in place in time for the Six O'Clock News bulletin. En route to site the team stop to say hello to the Spring City Rockets who are practicing in preparation for a dance show later that day which will be covered on the news. On site Leo and Lofty are teamed up. During the build Leo is distracted by the game; Lofty suggests he should pay more attention. While tying the dish to Lofty's hook Leo - distracted by the game - does not secure it properly. As Lofty raises the dish it comes loose and drops to the floor. Leo gives chase as the dish, rolling on its side, causes havoc, eventually damaging the stage the Rockets are supposed to performing on and then dropping into the river. Leo apologises to Lofty for being a bad team-mate. Air Date: Dec 3, 2015
Now Streaming