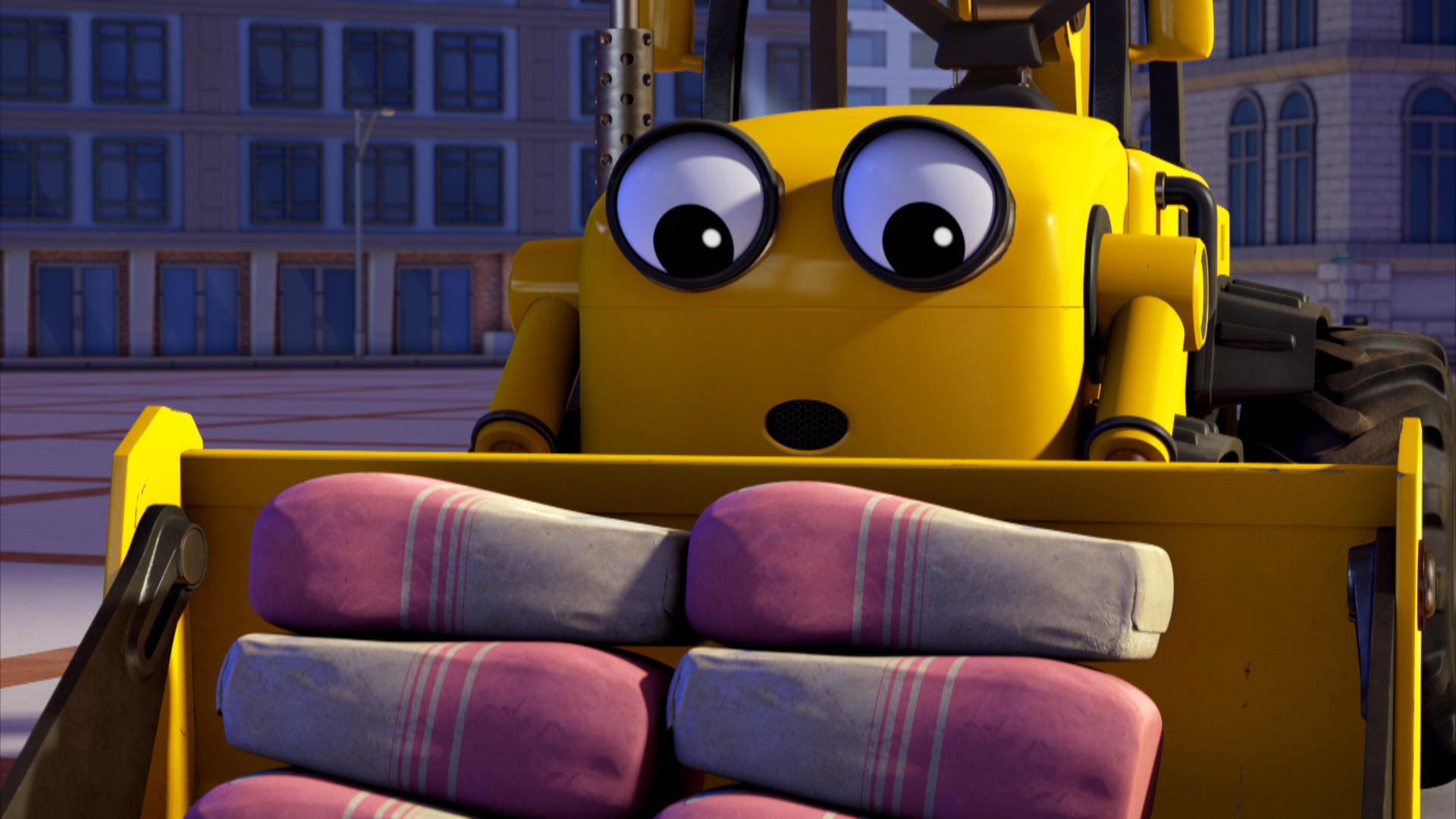 Use the form below to send us your comments. If you are experiencing problems, please describe them.
Player Help | Paramount+ Help
S1 E37 11min  TV-Y
Bob and his crew are building a special area to celebrate local citizens who have improved the life of Spring City. Each recipient will get to see his or her image inside a golden star on a plinth. But Mayor Madison is struggling to decide who exactly will feature in the very first golden star. Various suggestions include Mr. Bentley, who is very keen to be chosen, Tilly and Jenny. But when the Spring City Rockets suggest Betsy, Scoop decides that the honour should go to a machine - and that machine should be him. Scoop shows off in front of Maria hoping he will be chosen. But his reckless behavior results in cutting through an electric cable and causing a massive power cut. Luckily Bob is on hand to repair the damage swiftly and efficiently. And then it becomes obvious who should actually be the first Spring City Hero - he's always there when you need him - Bob the Builder. Mr. Bentley, certain that he was to be the chosen one, has to curtail his acceptance speech in a hurry. Air Date: Nov 30, 2015
Now Streaming