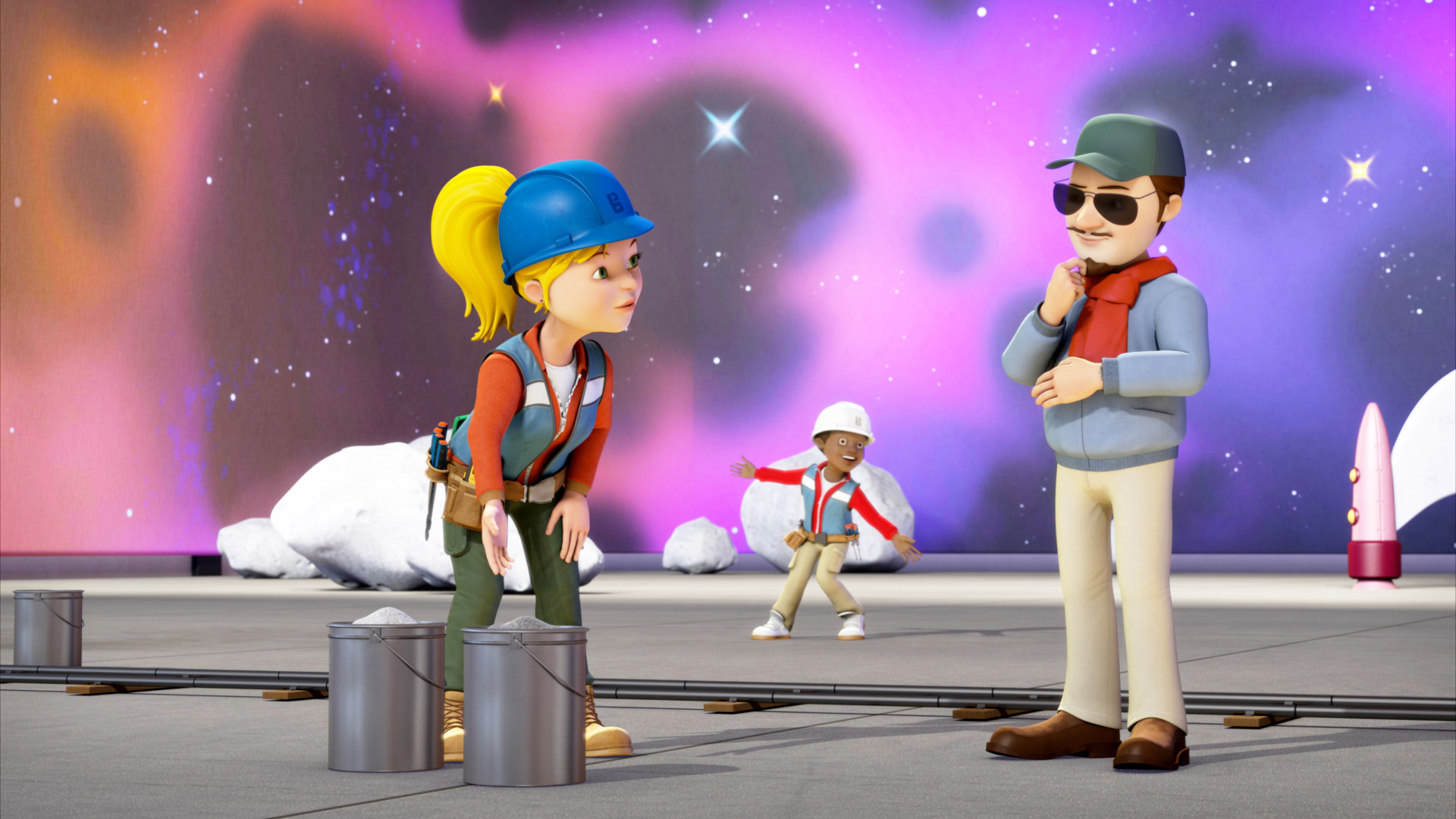 Use the form below to send us your comments. If you are experiencing problems, please describe them.
Player Help | Paramount+ Help
S1 E24 11min  TV-Y
Film director, Carl Parker, has commissioned Bob and his team to build the set and rocket for a movie - Space Robots 3. The clock is ticking, as they need to release it before Christmas. Leo reveals to Scoop he has aspirations to act, whilst Carl seems to have little control over his remote controlled robot D11D that keeps spooking Muck and running over Wendy's toe. Saffi, who is hanging around the studio gates, is a big fan of D11D which leads an eager-to-impress Leo to claim he will be acting in the film, not just building sets. Leo with Scoop's help then tries to get the director's attention in various scenes whilst Bob's team and the director are trying to get the set and rocket ready for filming. Leo decides to give up but then has an idea. The next morning, the first day's filming is due to start but Leo is nowhere to be seen. Carl calls action on the first scene (between D11D and a much larger robot.) Air Date: Nov 11, 2015
Now Streaming