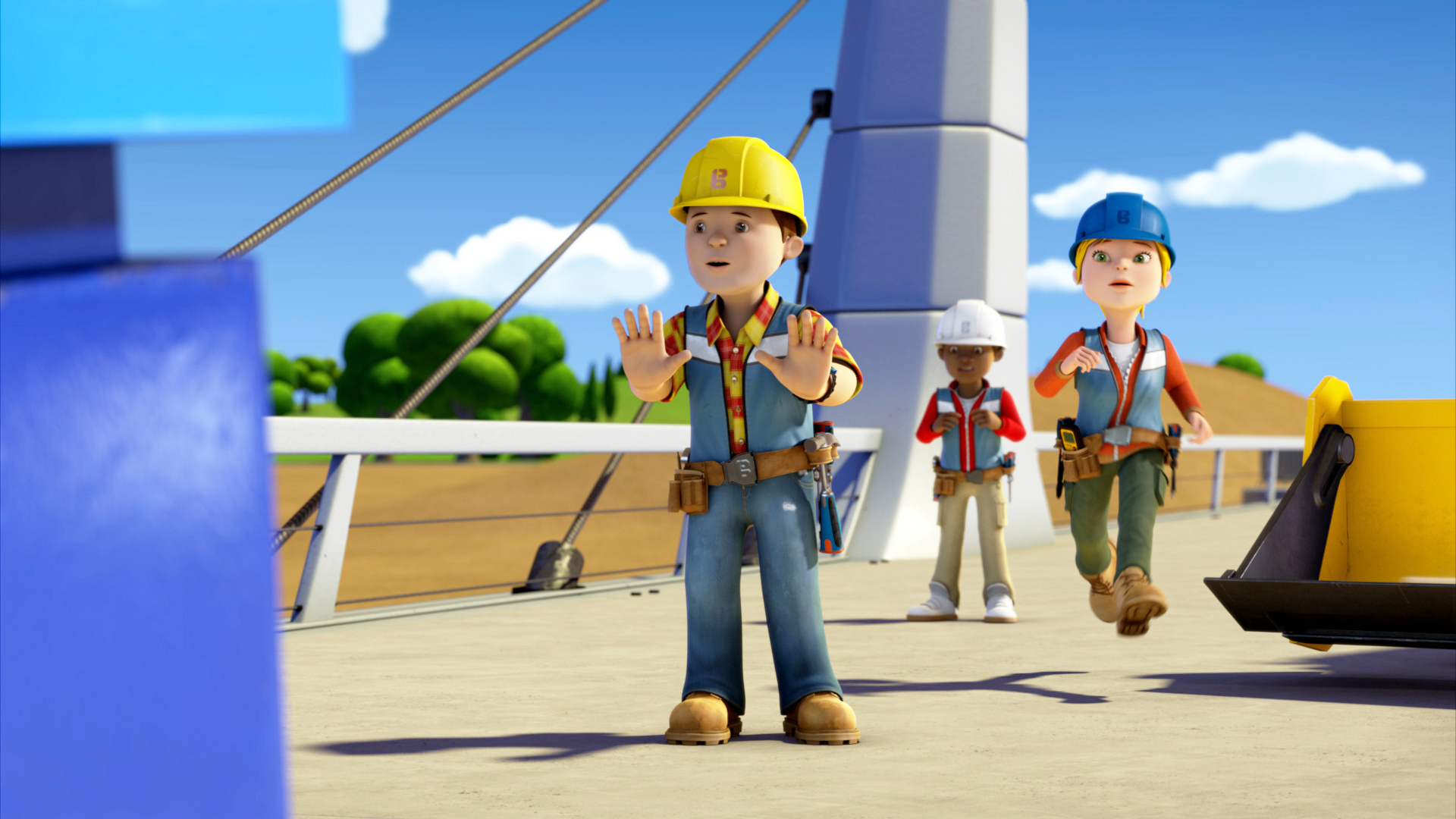 Use the form below to send us your comments. If you are experiencing problems, please describe them.
Player Help | Paramount+ Help
S1 E22 11min  TV-Y
Bob, Wendy, Leo, Scoop and Lofty are completing the second stage of a bridge over the River Coil in Spring City. This involves building a spar and building out a bridge deck, which is held up by cables attached to the spar. The bridge is due to be complete by Monday morning, in time for the city-folk to get to work. Scoop is sceptical about Leo's claims to have caught a fish in the river; Scoop doesn't like fish. The team learn from Mr Bentley that Mayor Madison has re-routed the next day's Spring City Quarter Marathon to finish on the bridge, which means they need to finish the bridge by the end of the day. The bridge will be officially opened by the winner crossing the bridge finishing line. When Scoop dips his digger into the river he accidentally catches a fish in his bucket. In his panic, Scoop causes Lofty to reverse suddenly, which leaves his back-end dangling off the edge of the partially constructed bridge deck. Air Date: Nov 10, 2015
Now Streaming