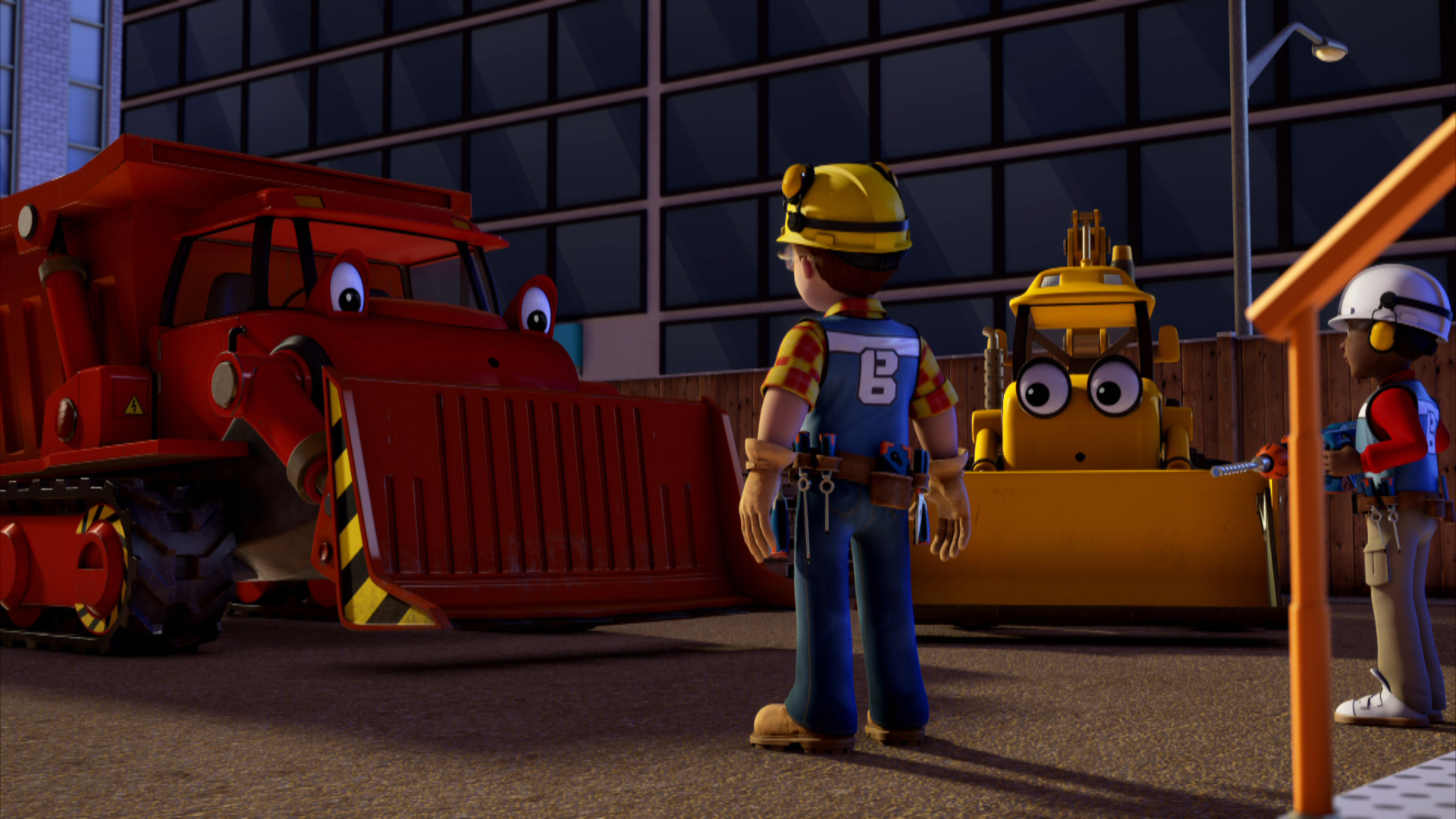 Use the form below to send us your comments. If you are experiencing problems, please describe them.
Player Help | Paramount+ Help
S1 E52 11min  TV-Y
When an old factory needs demolishing to make way for a new skyscraper, Bob says they will need to bring down the factory's tall chimney using explosives. Lofty is nervous about the noise of the explosion, but Scoop hopes it's as big and loud as possible. As they begin to knock down the main building, Lofty becomes increasingly spooked by unexpected crashes and bangs around the site - most of them caused by Scoop. Bob tries to reassure Lofty, but when Scoop surprises the crane by shouting 'KA-BOOM', Lofty accidentally smashes the girder he's carrying against the chimney and creates a hole. Now the chimney might fall the wrong way into the nearby street. Bob and the team must patch up the chimney before they can blow it up, while Scoop warns passers by in the street to keep back. Then with the explosion about to happen, Lofty braces himself... only to find that the big bang he feared, isn't that scary at all. Air Date: Feb 26, 2016
Now Streaming