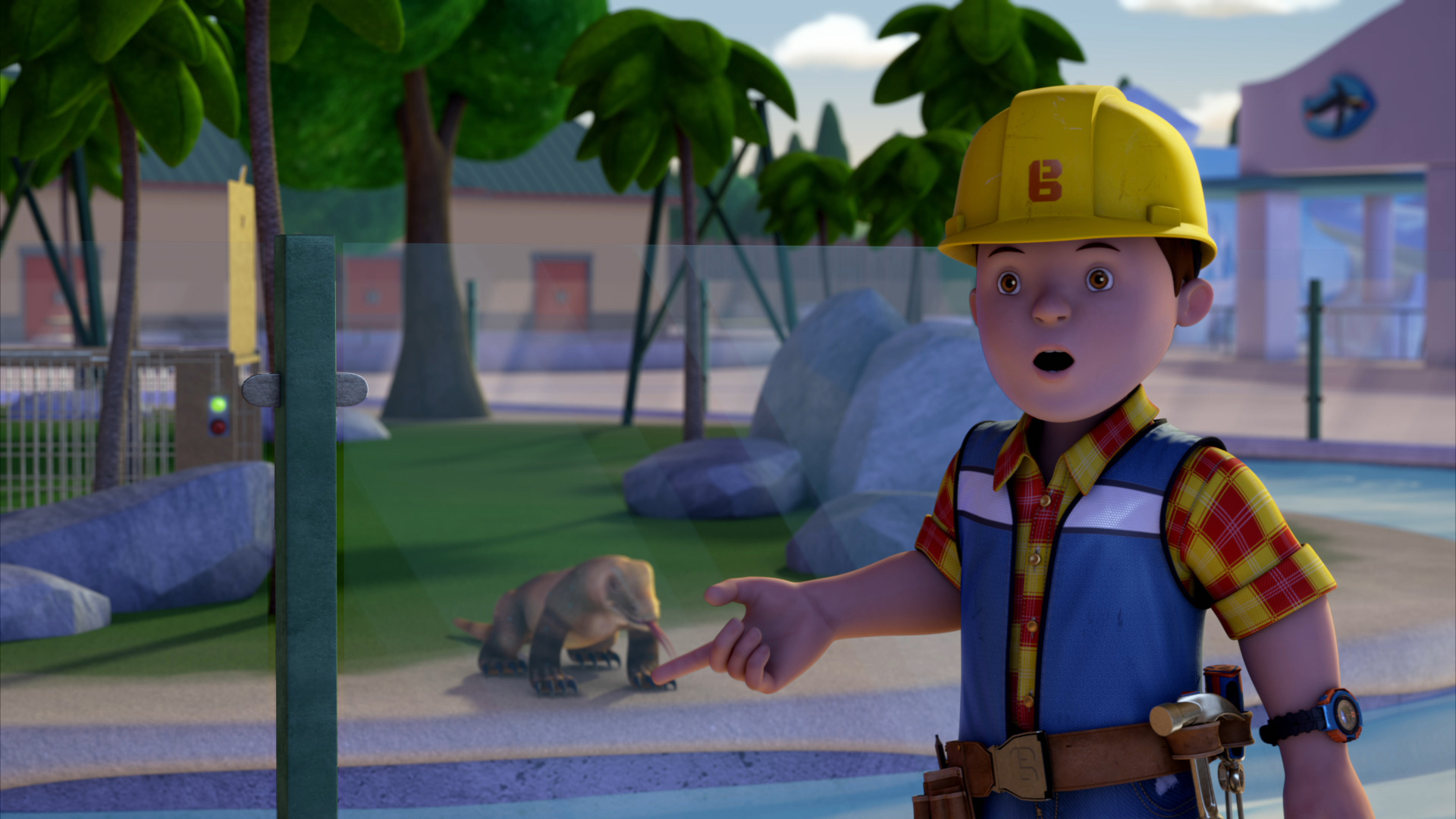 Use the form below to send us your comments. If you are experiencing problems, please describe them.
Player Help | Paramount+ Help
S1 E26 11min  TV-Y
Jenny Dobbs commissions Bob and team to build Komodo Island with a walkway/bridge for the public to gain a better view of the Komodo Dragons. Muck discovers he is terrified of the Komodos so is set to work clearing out their old enclosure (without his knowledge) instead. When he discovers some eggs buried in the earth there he braves returning to the Island to ask Jenny what to do with them. But a Komodo hisses at him and Muck is spooked - he backs into part of the walkway causing it to collapse and leaving Leo dangling in mid air from a safety harness. When Muck sees the Komodo apparently climbing the tree to attack Leo he overcomes his fears to go back and save him. After helping repair the damage to the walkway, Muck shows Jenny the eggs he found and is stunned to learn they are Komodo Dragon eggs. He decides they're not so bad after all and Jenny names the first one to hatch after Muck. Air Date: Nov 16, 2015
Now Streaming