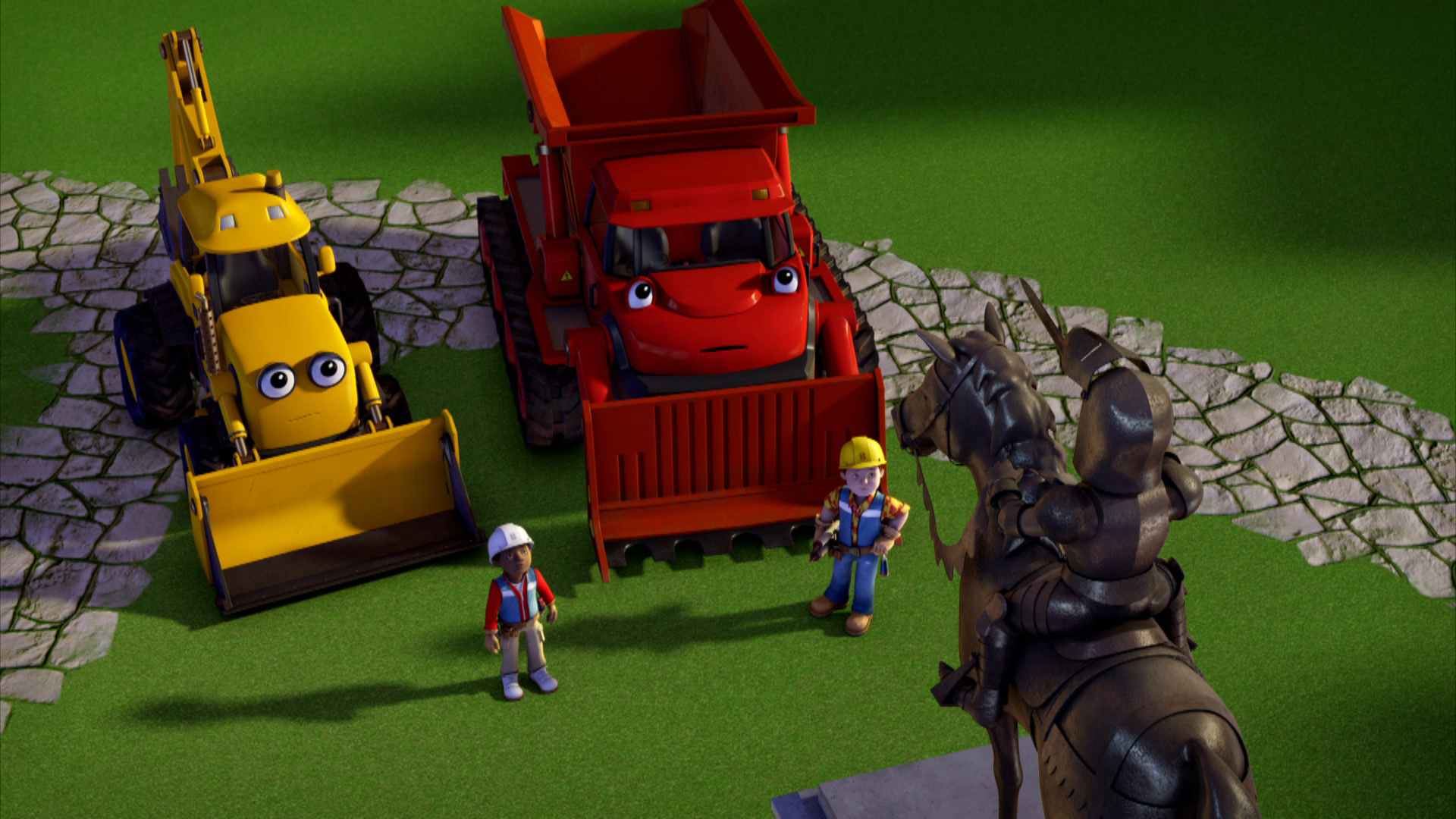 Use the form below to send us your comments. If you are experiencing problems, please describe them.
Player Help | Paramount+ Help
S1 E48 11min  TV-Y
Bob, Leo, Muck and Scoop are at Fixham Castle to clear a courtyard wall and restore a bricked-up archway to its original splendour. Leo is taken by a statue of Sir Roger de Fixham riding a horse in the courtyard and Muck and Scoop play charging knights. After the wall is cleared they hear a strange beeping noise. It turns out to be Mr. Bentley who is searching for buried treasure with his metal detector. Bentley tells them The Legend of the Silver Shield - a shield that the knight on the statue originally held but which was later buried somewhere in the castle grounds. Scoop is transfixed! While Bob and the others knock out the bricks from the Archway, Scoop decides to dig around for buried treasure. Unfortunately he digs a trench alongside the Castle wall causing it to become unstable. Bob calls Wendy to bring accro-props to prop up the wall. While they wait, Muck and Scoop help by pushing up against the wall to stop it from leaning. Air Date: Feb 22, 2016
Now Streaming