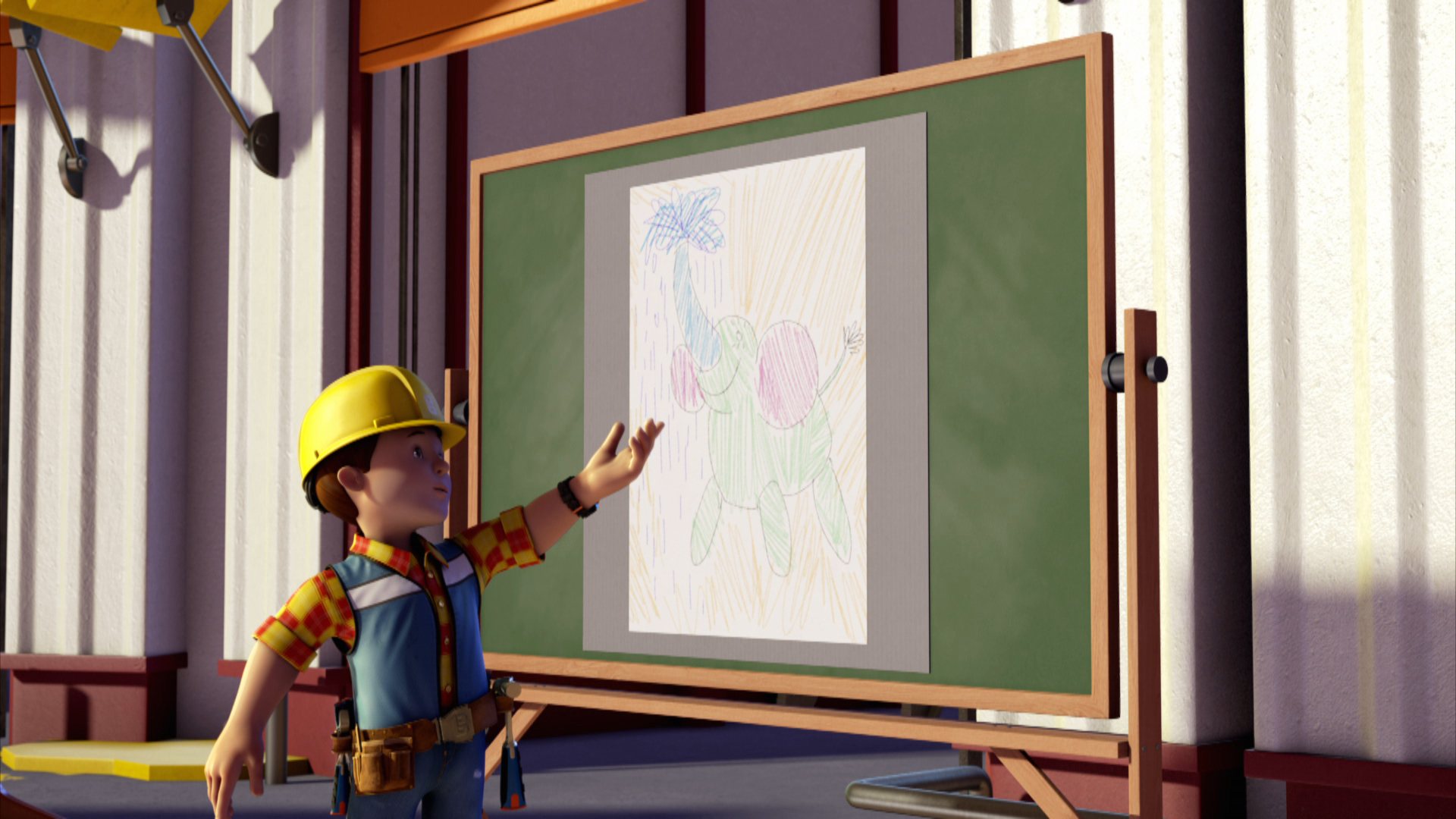 Muck and the Elephant

Use the form below to send us your comments. If you are experiencing problems, please describe them.
Player Help | Paramount+ Help
S1 E44 11min  TV-Y
Saffi has won a "Design a Statue" competition and now Bob and the team are turning her design into a water-fountain for the shopping mall. Saffi explains that her elephant statue design was based on her favourite toy, Mr Trunkers, but has since lost him. So when Muck is chosen to deliver the elephant statue, he promises to take extra special care of it for Saffi. But in his excitement, Muck accidentally knocks the elephant into a wall and scrapes off its paint. Muck can't quite bring himself to own up to Saffi, so decides to tell Bob what has happened first. On his way to tell Bob, Muck overhears Anish telling Saffi how proud he is of her statue. Muck panics and ends up damaging the elephant more. In fear of hurting everyone's feelings, Muck decides it is best that no one sees the elephant and hides out in the yard. But Roley arrives and sees the elephant. As Bob radios for Muck, Roley advises Muck that it is best to own up. earlier... Mr Trunkers, the lost toy. Air Date: Feb 16, 2016
Now Streaming