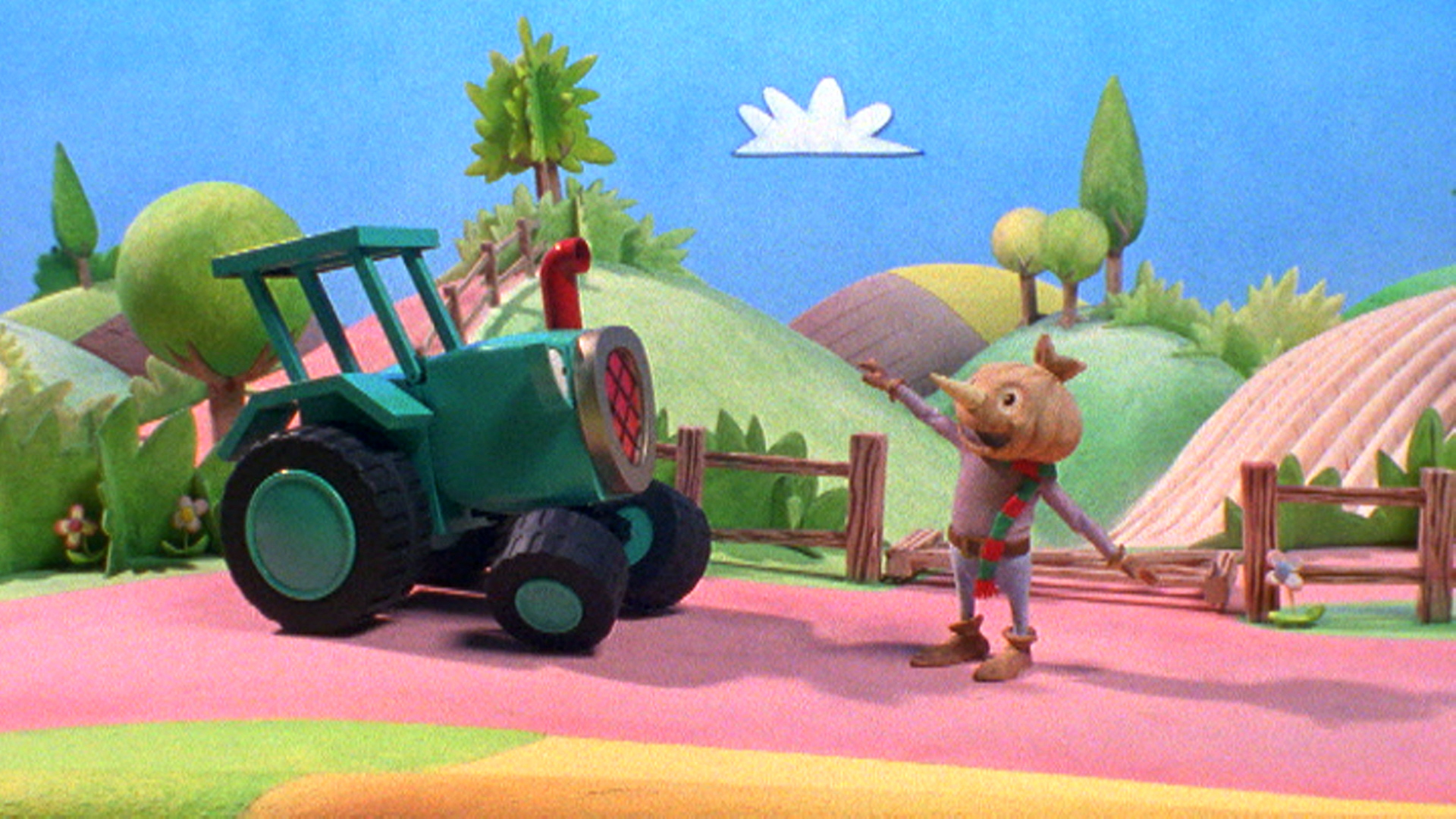 Use the form below to send us your comments. If you are experiencing problems, please describe them.
Player Help | Paramount+ Help
S1 E7 10min  TV-Y
Spud decides being a Scarecrow is too much like hard work - he wants a different job! When he finds Bob's toolbox lying in the road, he has an idea. He is going to be a builder - just like Bob. He persuades Lofty to become his builder's mate - after all, every builder needs a Machine to help him. After fixing some window frames in Farmer Pickles cottage, Spud decides to mend the barn roof. When Bob discovers his toolbox is missing and Muck sees Spud and Lofty with it, they put two and two together and rush to the cottage to stop Spud before he hurts himself. Too late - Spud has moved on, leaving a very crooked set of window frames. With no way of knowing where Spud has got to, Bob abandons the search for the naughty Scarecrow and sorts out the window frames for Farmer Pickles. Air Date: Jun 4, 1999
Now Streaming